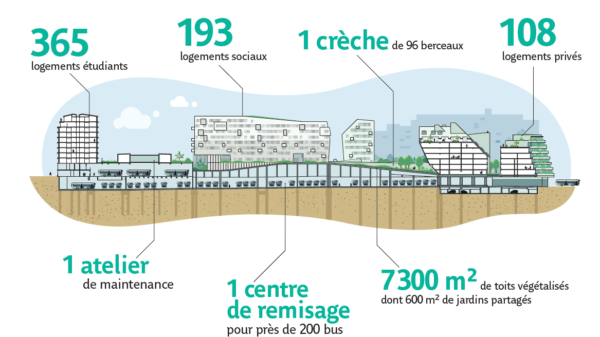 Demand for public transport in Île-de-France is on the rise. To address this request, RATP is determined to preserve industrial infrastructure – particularly bus stations in the city centre, where the need is greatest – while working to incorporate them into the cityscape.

As such, RATP and its subsidiaries, RATP Habitat and RATP Real Estate, have expanded and upgraded the Porte d’Orléans bus station (a late nineteenth-century construction) by way of an innovative, new urban mixing project. The bus station integrates seamlessly with housing units in the new development. RATP Habitat is responsible for the social housing element, while Eiffage Immobilier is responsible for private housing and public facilities for the City of Paris.

This is the first project produced under the Memorandum of Understanding signed in December 2014 between the City of Paris and RATP for the construction of 2,000 housing units by 2024, with at least half of the units dedicated to social housing. This work carried out as part of the plan to redesign some dozen RATP industrial sites. 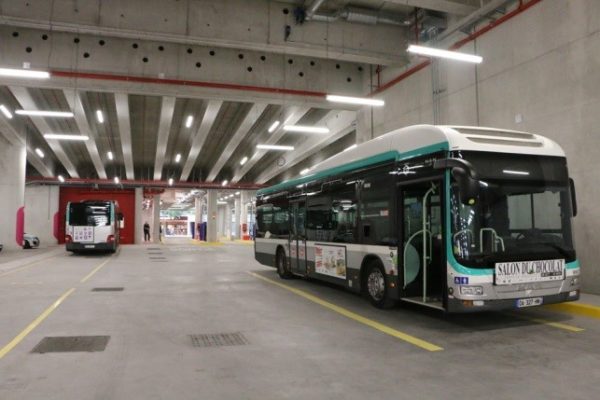 In order to bring this ambitious architectural concept to life, the RATP Group and the City of Paris contracted three architectural firms to manage the project, following a competitive selection process: Nasrine Seraji, Eric Lapierre and Emmanuel Combarel & Dominique Marrec.

The uniqueness of this project lies in the fact that these three firms worked together on the bus station, and then each undertook to build a different part of the project upon that shared foundation: Nasrine Seraji built the social housing, the private housing on the Boulevard Jourdan, and the nursery; Eric Lapierre built the student residence; and Emmanuel Combarel & Dominique Marrec built the private housing on the Rue du Père Corentin. As a result, each building possesses a unique and original design, while still forming a cohesive unit with the bus station at its centre. The quality of life and convenience of the different buildings was carefully considered to ensure the utility and function of the bus station as well as the housing units and nursery. The architectural project overlays the different floors in various and irregular ways, with a focus on light, airiness and vegetated areas. 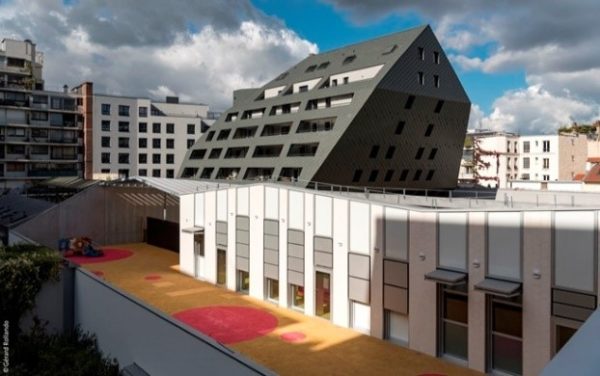 << Back to the talks

This website uses cookies to improve your experience while you navigate through the website. Out of these cookies, the cookies that are categorized as necessary are stored on your browser as they are essential for the working of basic functionalities of the website. We also use third-party cookies that help us analyze and understand how you use this website. These cookies will be stored in your browser only with your consent. You also have the option to opt-out of these cookies. But opting out of some of these cookies may have an effect on your browsing experience.
Necessary Always Enabled
Necessary cookies are absolutely essential for the website to function properly. This category only includes cookies that ensures basic functionalities and security features of the website. These cookies do not store any personal information.
Non-necessary
Any cookies that may not be particularly necessary for the website to function and is used specifically to collect user personal data via analytics, ads, other embedded contents are termed as non-necessary cookies. It is mandatory to procure user consent prior to running these cookies on your website.
SAVE & ACCEPT